What is a multimeter?

A multimeter is a device that measures voltage, current, and resistance. 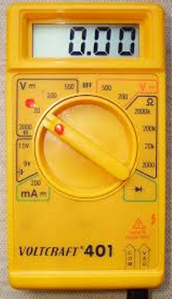 Difference between binary, hexadecimal and decimal.

“Binary numbers make use of only 2 symbols (0, 1) to represent any number and it becomes a tedious job to express large numbers.”

“Decimal numbers are different from whole numbers. Our decimal system lets us write numbers of all types and sizes, using a clever symbol called the decimal point.”

Difference between inductive and deductive logic.

Deductive logic is the logic that you can deduce that what you are saying is real.

Inductive logic is the logic that you know something is real without having to deduce.

What did you think about Honors Academy, Exploratory Math?

That it was a very fun experience, we made lots of friends, and that we learned a lot of new things that we didn’t know, and not only that; we also learned from each other.

In the first days I was very lost but then I started to get the hang of it.

I hope this repeats. 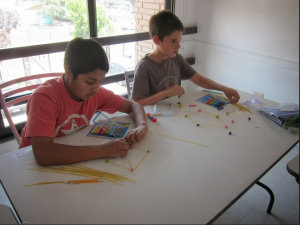 Today at Stanfords Academy we continued with Arduinos. THis time we made a motor SPIN; amazing, don’t you think?

We also did posters about given topics. My group was assigned Circuits. We did a really good job.

We also continued with city construction. I really don’t like it. But worst is nothing.

Tomorrow we will present our Arduino and our poster in front of our parents.

Tomorrow is the last day, we will all say goodbye and we will  all hope to see each other again. 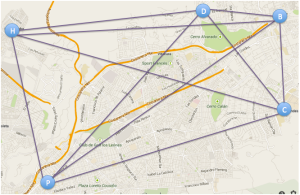 What is a Karnaugh Map?

A Karnaugh map is a way to simplify complicated equations in the Boolean Algebra.

Give examples of digital and analog. 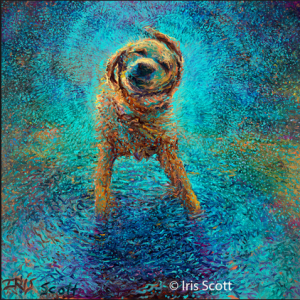 What is the difference between digital and analog?

That analog is continuous and digital isn’t continuous.

What is a game tree?

Why do computers use game trees?

Computers use game trees to analize the consequence of each action that you make in the game so they can choose the best one to beat their opponent.

In day 7 of the Stanford Honor Academy we learned about the truth table and the Boolean Algebra.

Other thing that we did was work with Arduinos. First we tried lighting up 1 LED, and then 2. 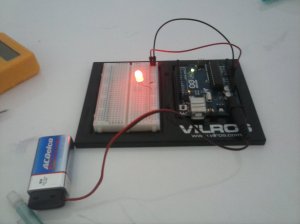 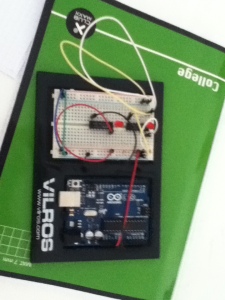 My topic is Circuits.

I would like them to know how important the positions of the cables are, how the cables are connected to the LED and why are the resistors for.

What is a truth table?

What is double implication?

What is adjacency matrix? 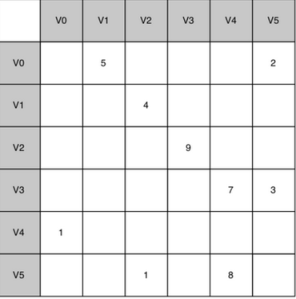 Today we continued with Arduinos; it’s really fun. We went to the next level. We made a motor WORK!!

We also did city planning, but just designing. Throughout the week we will continue and then make a big 3D CITY.

Up to now I have learned very much, but there is still time to continue learning.

Yesterday , I posted an Arduino circuit with 2 pictures. There were 2 rectangular black shapes called chips.

There was an AND chip and an OR chip

These were the chips we used yesterday

This is an arduino circuit made in the computer, representing the equation ~(p ^ q) v (~p v ~q).

For this you have to think about the NOT, the AND and the OR , for its position.

Boolean Algebra is a way to simplify logic circuits.

It is named like this when we use “symbols (Boolean)”   www.allaboutcircuits.com